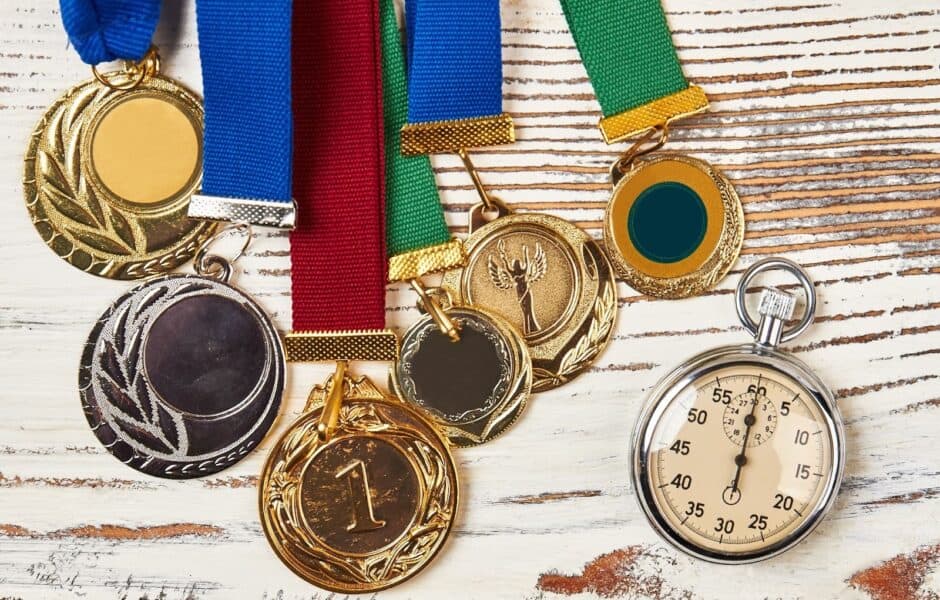 Most professional swimmers find their love for the sport during swim lessons as early as seven years old, like Michael Phelps. However, not all Olympic swimmers come out of the womb with a swim cap attached to their heads. Some athletes take time to acquire the passion and motivation to compete at such a strenuous level. In fact, some Olympians earned their gold medals well into their late 30s!

Here are a few examples of USA swimming team gold medalists that didn’t let age get in the way.

One of the greatest female athletes, Dara Grace Torres is a competitive swimmer and four-time Olympic gold medalist. According to the Olympics’ official website, at 41, she became the “eldest ever female Olympic swimmer.“ Her swimming career started in 1984 at 17, and later ventured off as a Sports Illustrated model and commercial spokeswoman. After taking a break, she decided to jump back into the Olympic games.

Being an older competitor never hindered her chances of obtaining multiple medals. She swam back into the industry full force as a United States flag carrier with nearly a 25-year span from age 17 to 41.

Age is nothing but a number when it comes to the USA national team. According to Swimming World Magazine, “Ervin became the oldest man to ever win an individual Olympic gold medal in swimming, and the only swimmer ever to win gold medals in the same individual event 16 years apart.”

Ervin failed to qualify for the final round of the 50-meter freestyle in the 2000 FINA World Championships. Sixteen years later, he revisited the same event and was able to walk home with the gold. After shockingly taking an early retirement at 22, Anthony Ervin broke the record for winning an Olympic gold medal in swimming at 35!

Here’s yet another professional swimmer that didn’t let his age define his skill level. Ervin never underestimated his abilities but instead switched the narrative to reach his peak at 35 years old.

Olympic three-time gold medalist, Rowdy Gaines, started swimming competitively at 17. This might seem like a normal age, but for professional swimmers, 17 is a significantly late start. Some athletes start their OLYMPIC careers at that age. Despite a comparatively late start in his career, his skills were still able to outshine most of his competitors.

Two years later, Gaines received a scholarship to play for Auburn University. Throughout his speedy career, he has broken 11 world records and is known as “Swimming’s Greatest Ambassador” for Team USA. According to Team USA, “he was the oldest swimmer to qualify for the 1996 Olympic Trials at 35.”

Proof That You Should Never Give Up

Dara Torres, Anthony Ervin, and Rowdy Gaines all did something incredible. Not only did they prove to themselves that they could become some of the greatest athletes in competitive swimming at an older age, but they proved to the world that such a feat was possible to begin with. These athletes are living, breathing inspirations for anyone who might feel as if they missed their chance to compete.

If you happen to be one of those people, look to these Olympic athletes and use them as your inspiration. They’ve proven that competing against teenagers and young adults in their early 20s isn’t an impossible feat. It’ll be a tough road filled with daily training, strict dieting, and hours of constructive yelling from a swimming coach before you can start winning those medals, but take strength in knowing that it’s not wasted effort!

Now get out there and start training!