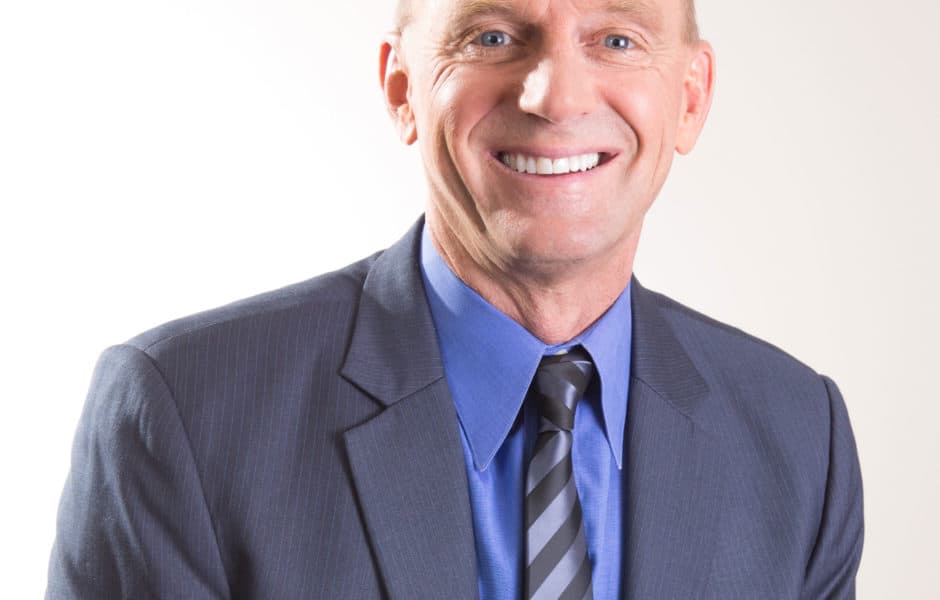 If you watch Olympic swimming, you’re more than familiar with Gaines’s voice narrating events on NBC. (And if you keep up with us at SwimMirror, you know our pool mirror is the one he loves best!)

That’s just the tip of the iceberg when it comes to this swimming superstar, though. Here’s 10 facts you might not know about SwimMirror’s favorite swimming analyst!

In fact, Rowdy Gaines was born Ambrose Gaines IV. His nickname comes from Clint Eastwood’s character in “Rawhide,” a TV series which aired the same year that Gaines was born.

2) He’s a Florida Native, but Swam (And Won Titles!) for Auburn

A Florida native of Winter Haven, Florida, Gaines left the Sunshine State on a swimming scholarship to Auburn University. There, he became a five-time NCAA champion under the training of legendary head swimming coach, Richard Quick!

Everyone expected that Rowdy Gaines would win multiple medals for the 1980 Olympics, but unfortunately, the Moscow Games were boycotted by the US. Who knows what could have been?

Forget Moscow: once the Los Angeles games started up, Gaines earned three gold medals and won more races than any of his competitors, setting records for the 4×100 meter medley relay and 4x100m freestyle relay events. He even broke his own record for the 100-meter freestyle.

5) He was Paralyzed with Guillain-Barre’ Syndrome

Gaines was diagnosed with a rare condition called Guillain-Barre’ syndrome in 1991, which attacks the peripheral nervous system, causing muscle weakness and nerve damage. This paralyzed Gaines, but fortunately, the condition was only temporary. After an intense two months of treatment, he made an astonishing full recovery, and had even integrated swimming into his physical therapy!

…but he turned it down, choosing to become a commentator for the events instead. Since then, he’s been a recurring swimming analyst for NBC, where many younger swimmers have become familiar with him due to his distinct persona as the “voice of swimming.”

And has been since 2014! “Rowdy is a natural fit for the Y,” said Jim Ferber, President/CEO. “He embodies the Y spirit and loves of all aquatics activities we host at the Y, from Safe Start for infants, to school age swim skill lessons and swim teams, to our senior water fitness programs.”

Just because Gaines retired from the Olympics doesn’t mean he’s stopped swimming! He’s been breaking records in the 50-54 age group for the 50 and 100 meter freestyle in the Rowdy Gaines Masters Classic, and shows no signs of stopping.

10) He Gives Back to the Community

In 2013, Rowdy Gaines visited and hosted a swim clinic that included children from Sandy Hook Elementary School, who had recently faced that year’s tragic shooting. Of the experience, Rowdy said, “I wasn’t going in to change their lives. My goal going in was always about putting a smile on their faces for a couple of hours. They [hadn’t] had a lot to smile about for the past few months.”

Gaines also works with charities including “Rowdy’s Kidz” and “Swim Across America,” which focuses on cancer research.

These are only 10 facts about Rowdy Gaines, but they don’t even begin to explain all of the reasons that the essential swimming pool mirror, SwimMirror, is proud to be endorsed by this Olympic champ.