SWIMMING FREESTYLE IS FOR CHAMPIONS

If you want to compete at an elite level, you’ll need to perfect the king of strokes, Freestyle. Also known as the Front Crawl, no other motion in the pool has the  same level of body efficiency and speed. Although many swimming competitions allow athletes to use any style they want, the overwhelming majority of competitors choose the Front Crawl.

There are several reasons why taking on Freestyle as your preferred swimming style is the way to go. 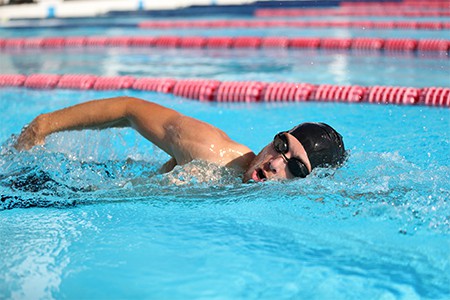 One of the primary benefits of Freestyle is that it aims to create the least amount of water resistance it can. We’re not aquatic creatures, so our bodies weren’t designed to glide through water. We almost have to work around our bodies to become efficient in the water.

By limiting leg movements to small kicks and leaving the primary propulsion to the arms, Freestyle allows you to launch yourself in a single direction faster than any other stroke. Additionally, because the movements are so simple, you can better modulate your speed, allowing you to control your energy for longer distances or short sprints.

Freestyle Swimming Is Efficient and Effective

Many other swimming strokes typically use broad limb motions, like scissor kicking and backstroking. While there’s nothing wrong with these styles at all, it’s those wide sweeping motions that make them less efficient by forcing you to work harder.

The wider a limb movement, the more water it has to push through to propel your body. Over long distances, you’ll find yourself exhausting quickly, and when competing with other swimmers utilizing Freestyle, they’ll expend less energy than you while moving faster.

Because Freestyle aims to be as hydrodynamic as possible by limiting leg movements, it reduces the resistance a broader limb movement would cause, conserving energy. 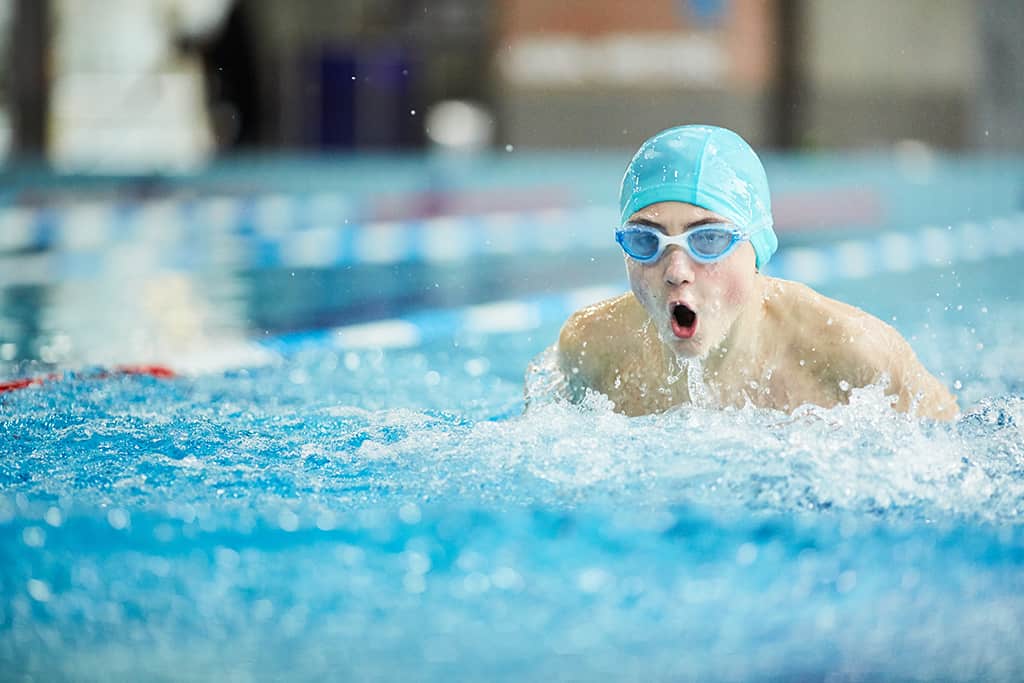 Although you may not realize it now, becoming strong at Freestyle swimming will support your passion for the water well into later stages of life. The buoyancy provided by water makes swimming one of the more ideal exercise methods for seniors as it places little strain on their joints.

The hip and shoulder rotation also helps balance the body and maintain strength in these large muscles, which assists people of all ages maintain a healthy, muscularly symmetrical body.

To some it may seem like swimming Freestyle is a bit lackluster, but it’s hailed by many as a meditative practice that calms the mind.

The repetition of Freestyle is a mantra that can take you out of your head. Even the pattern of bubbles streaming in rhythm allows swimmers to find their state of Zen. Paired with SwimMirror’s ability to make corrections in real-time, you can peacefully practice to perfection. As legendary NCAA Coach John Wooden said, “Champions are brilliant at the basics.”

Want to improve your Freestyle swimming form? SwimMirror is a fantastic tool you can utilize to study your stroke in real-time! By placing the aluminum mirrors on the bottom of your pool, you can watch a perfect reflection of your movements and alter them on the go.

Freestyles’ prone positioning makes it well-suited for SwimMirror, as the form encourages you to spend a lot of time looking at the bottom of the pool. The natural focal point puts you in a position to concentrate on your movement without distraction and make real gains as an athlete.

If you want to be a real player in competitive swimming, take a note from the best. Learn the simple yet economical motion of swimming Freestyle. It will put you in a position to swim with those whose careers you have watched unfold in the public eye.